The Silicon Valley Computer Genealogy Group (SVCGG) was formed in the fall of 1989 under the name the Silicon Valley PAF Users Group. PAF is the acronym for Personal Ancestral File which became the free PAF software. We adopted the current name in 2004. SVCGG meetings and seminars feature classes on popular family history software programs and research topics in genealogy.

The group meets in Santa Clara, California on the 2nd Saturday of every month except December.  Membership entitles you to a subscription to our PastFinder newsletter which has been published since 1990 and in 2012 and 2013 won an awards at the National Genealogy Society annual conferences.

SVCGG is a nonprofit organization bringing together those interested in using technology for conducting family history research. With some 450 members worldwide, SVCGG is based in the San Francisco-San Jose area of California, the area known as Silicon Valley, the center of major developments in technology.

Our current board members: 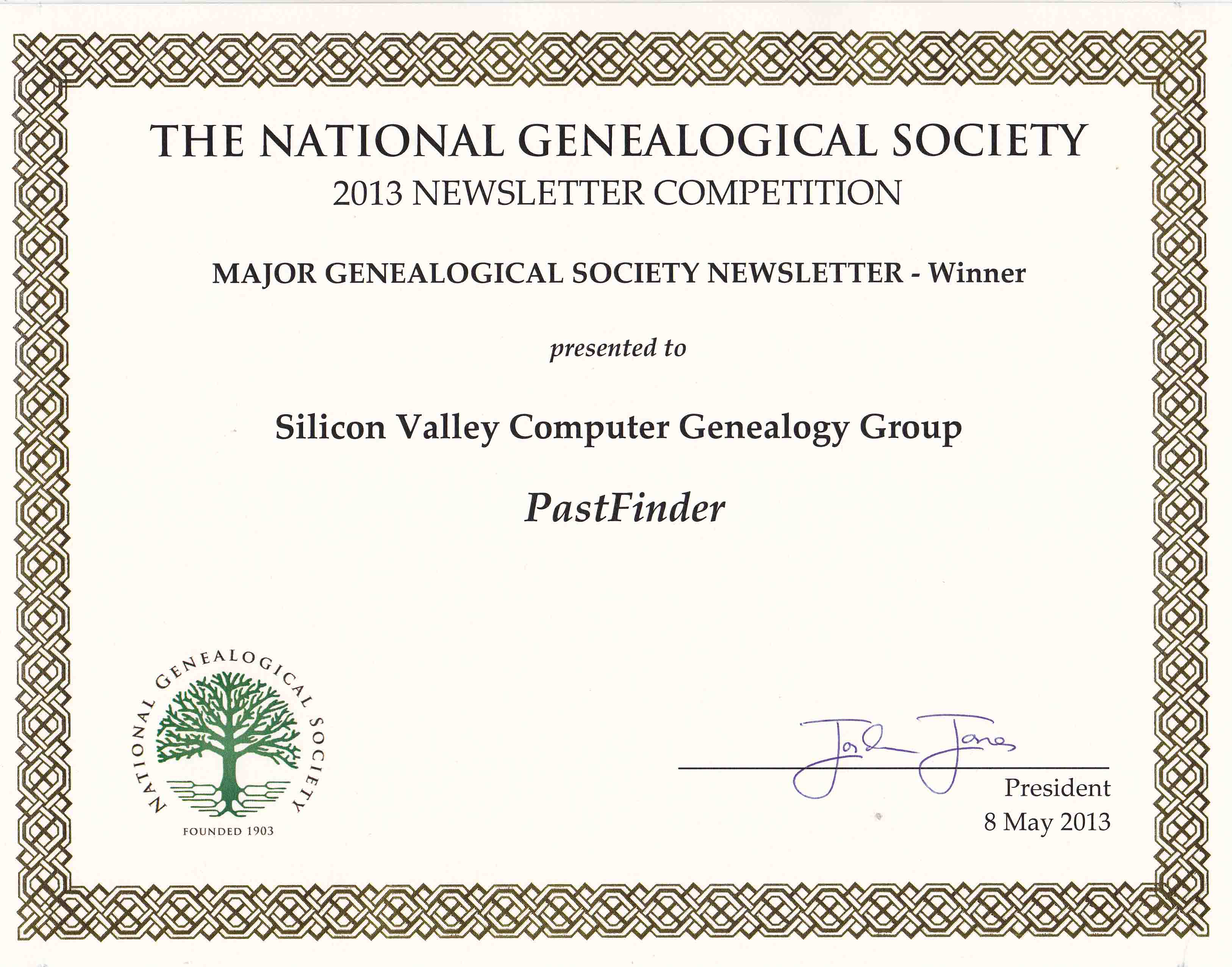